Share a memory
Obituary & Services
Tribute Wall
Read more about the life story of Paul and share your memory.

Paul Albert Brisbois was born October 29, 1929, in Chesterfield, Massachusetts to Felix and Opal (Knight) Brisbois. He was born the fifth of seven children. Paul was very active helping his father on the farm while growing up. He also helped make deliveries from the local sawmill.

Paul enlisted in the Navy in 1947 and then the United States Air Force in 1951. He obtained the rank of Petty Officer 2nd class in the Navy and Master Sergeant in the Air Force. While in the Air Force he also attended college at Yuba University in Marysville, California. He worked as a radar technician on a SR 71 Blackbird. He traveled extensively during his military career. Some of the places he visited were England, Thailand, Okinawa, Cuba, Norway, Sweden, Denmark, and Algeria. While in the Navy he was awarded the good conduct medal. He retired from the military after 25 years of service.

Paul worked for the forestry service as a log scaler after his military career.

Paul and Rae made their home in Guymon in 1975 where he worked for Panhandle Telephone Company. He retired after working there for 15 years.

He was involved in several civic organizations. He was a Master Mason, 32-degree Scottish Rite member. Paul loved the outdoors. He loved to hunt and fish. He enjoyed traveling all over the country with Rae, but Yellowstone Park was their favorite place. They both worked at Hamilton Fishing Bridge Store in Yellowstone for over ten years. He often said, “I picture heaven looking like Yellowstone National Park.”

Memorial contributions may be made out to the Shriners Hospital and will be accepted by the funeral home.

Friends and family may sign the online guest book or leave a condolence at www.hensonnovak.com.

To send flowers to the family or plant a tree in memory of Paul Brisbois, please visit our floral store. 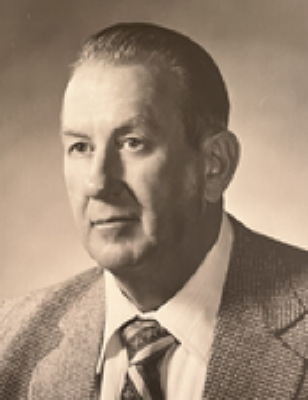