Share a memory
Obituary & Services
Tribute Wall
Read more about the life story of Morris and share your memory.

A life-long resident of Cimarron County, Morris Alexander was born to Lewis and Elizabeth (Taggart) Alexander on October 27, 1936 in Elkhart, Kansas. A little sister, Joan, joined the family 6 years later. Farming was a way of life for the Alexander family. Morris was raised 10 miles east of Boise City on what was called the “home place”. This land was homesteaded by Morris’s grandfather, Perry Alexander. Morris’s dad Lewis Alexander was raised on this homestead as well. Morris was always proud that his grandsons, Devin and Logan Brakhage, are 5th generation farmers of land that his ancestors homesteaded.

Morris attended school in Keyes, Ok until his 4 th grade year. His family moved from the farm to Boise City in 1947. Morris graduated from Boise City High School in 1955. He attended Panhandle Agricultural & Mechanical College in Goodwell, Oklahoma, receiving a degree in agronomy.

After graduating from college, Morris returned to Boise City where he engaged in farming. In 1957, Morris married Lois Phillips. They had two daughters, Lynna and Jill. During the winters, Morris worked at the Star Lumber Company. He always said Don Stevenson was a great person to work for and that he enjoyed the men he worked with, Wallace Jones and Mars Combs. However, when asked if he liked that work, he laughed and replied he only did it because he had girls to feed. Morris wore the names Dad and Papa very well. He took great pride in being involved with and supporting his daughters as they grew up. He traveled many miles with them, taking them and other cheerleaders to ballgames, he sponsored their ski trips and even a few MYF concerts. He toted the grandsons around with him when they were small and followed their activities intently as well. He was quite proud of Devin and Logan with their accomplishments in FFA and was present in Oklahoma City when Logan received the Star Farmer award.

Morris was a historian, active in the Santa Fe Trail Association for which he served on the board of directors of for several years. He was also active in the Cimarron County Historical Society, serving on its board of directors for many years. Morris was pleased to see the Cimarron Heritage Center Museum established in Boise City and spent countless hours volunteering there. Because of his interest in and knowledge of the Santa Fe Trail in this area, Morris along with Jeff Wells oversaw the Santa Fe Trail Daze bus tour for many years. This provided many with the opportunity to learn about the history of our area. He was also a guide for many school field trips to areas of interest in our county, something he always looked forward to doing.

Morris was preceded in death by his parents, his sister Joan and his daughter, Lynna Brakhage. He is survived by his daughter Jill Lindsey and husband Roger of Levelland, and their son, Riggan. Son-in-law Rick Brakhage, and grandsons Devin and Logan Brakhage of Boise City.

In lieu of flowers, memorial contributions may be made to, Lynna Brakhage Scholarship or Century Club at Oklahoma Panhandle State University, Box 430, Goodwell, Oklahoma 73939; or to Boise City FFA Stock Show Boosters.

To plant a beautiful memorial tree in memory of Morris Alexander, please visit our Tree Store. 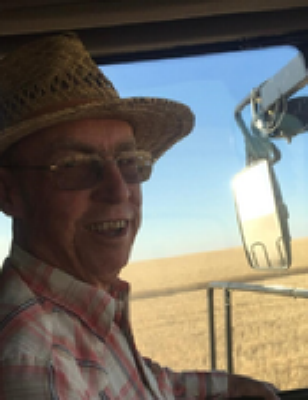