Share a memory
Obituary & Services
Tribute Wall
Read more about the life story of Marlene and share your memory.

Marlene Kay (Whisnant) Potter, age 69, of Guymon was born on November 5, 1953, in Goodland, KS to Harley and Floriene (Raley) Whisnant.  She passed away on Thursday, December 29, 2022, while a patient at the OU Medical Center in Oklahoma City.  Marlene grew up in Goodland and graduated with the class of 1972.  One evening in early 1973, she was at The Tank in Goodland where she met the love of her life, Mickel Wayne Potter.  Marlene left Goodland to be with Mike, moving to Liberal and then to Texhoma where they were married on April 29, 1973.  Shortly after being married, they moved to Guymon where they resided until her death.  They were blessed with three boys, Jeffery Christopher in 1979, and twins Kevin Mickel and Kenneth William in 1982.  Marlene's life was made complete when her daughter she gave up for adoption in 1971, Cynthia (Cindy) Jean Potts, appeared at her door on November 13, 2021.

Marlene loved to go with Mike on the motorcycle, many times adorned in some crazy hat, and they made the 5-State Run an annual event. They also enjoyed going to Eddie’s for dinner on Friday nights.  She loved hanging out with friends at Bob's, where she could be the silly, fun-loving person she was, always happy and making others around her happy.  Marlene loved to cook and worked for 12 years as a lunch lady at the Guymon schools and later was a fry cook at Eddie’s. Later, she made it a priority to be at home, taking care of Mike, Kenny, and her two faithful companions, Sally and Piglet.  Their marriage of 49 years was a testament of the love and commitment they had for each other.

Marlene is preceded in death by her parents, in-laws Kenneth and Maudelene Potter, and sister-in-law Connie Jo Potter.

Visitation will be from 4 to 8 pm on Wednesday, January 4th at the funeral home.

Memorials may be made to St. Jude's Hospital and sent in care of Henson-Novak Funeral Home, 501 NW 5th St., Guymon, OK

Friends and family may sign the online guest book or leave an online condolence.

To send flowers to the family or plant a tree in memory of Marlene Potter, please visit our floral store. 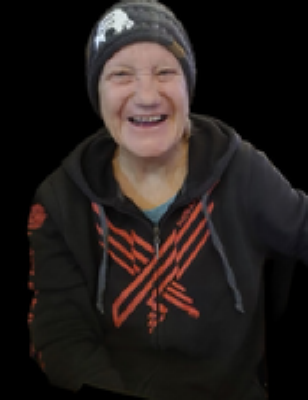