Share a memory
Obituary & Services
Tribute Wall
Read more about the life story of Leslie and share your memory.

Leslie John “Bebo” Lynch was born on January 6th, 1955 in Perryton Tx to Clefton and Doris Lynch of Turpin, OK. He grew up in the Turpin United Methodist Church, though he also attended the Turpin Baptist Church with friends. He was Saved in his teens and baptized at Sharps Creek. Bebo moved to Guymon, OK his senior year of school where he met his wife, Jennie Lynch. He graduated from Guymon high school in 1973 and continued his education at Oklahoma Panhandle State University and then Oklahoma State University, where he earned his degree in Agricultural economics.

Bebo and Jennie were married January 8th 1977. Their first home was in Stillwater, OK. After graduation they moved back to his family home in Turpin, they then built their forever home outside Turpin in 1981.

Proverbs 24:16 Says that “For a righteous man may fall 7 times but still he gets up.”

Bebo Lynch was a righteous man and he always got back up. He was courageous, brave resilient, generous happy and loving. To take care of his family in addition to managing the farm and ranch he took on a part-time mail route and drove a shuttle from Liberal to Amarillo for National Beef. He later became a crop adjuster, which fit him perfectly as he loved to visit. He held the family up through Becky’s hip surgery, Jennie’s battle with cancer, and the lost his left foot due to infection. He never complained. He loved the saying “Trust in God but row away from the rocks “ He was a doer. And He did. He was a huge supporter of Turpin Athletics, especially the golf team. He learned to walk again and was working at getting back his golf game to continue to play with his family and friends. He loved to travel and recently was blessed to get away with family and blessed to have gone on many trips with his golfing buddies to North Carolina. He was generous to a fault. He loved to play games and was great at cheating a scrabble. He was a great cook and loved cooking for others.

Funeral services will be held 2:00 Saturday, November 5th at the Turpin United Methodist Church with burial to follow at Restlawn Cemetary north of Liberal, KS. Visitation will be held from 6:00-8:00 pm Friday, November 4th at Henson-Novak Funeral Home Guymon, OK.

To send flowers to the family or plant a tree in memory of Leslie "Bebo" Lynch, please visit our floral store. 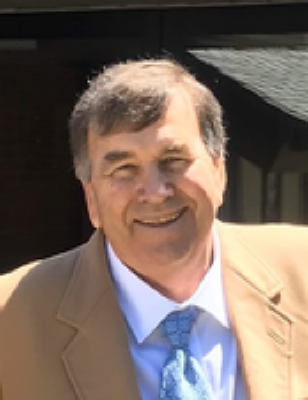