Share a memory
Obituary & Services
Tribute Wall
Read more about the life story of Johnny and share your memory.

Johnny Lee Geyer was born on May 26, 1948, in Dalhart, Texas, and died on November 15, 2022, in Earlsboro, Oklahoma, at the age of 74.He spent his very early years around the Texas/Oklahoma panhandle until around the age of 10 when he moved with his parents, F.W. and Walsa Geyer, and siblings, Don, Ruth, and Patty, to the Tecumseh, Oklahoma area. He graduated from Tecumseh High School in 1967. He showed pigs in 4-H and FFA and played football in high school. Growing up on Zane Gray books, he always knew he wanted to be a cowboy, so he moved to De Moines, New Mexico, notlong after graduating and lived his dream of working on a ranch and pushing cattle horseback, just like in the books he read. From there, like all cowboys in the movies, he jumped train cars to the next ranch in Brush, Colorado. In 1970, he moved to Boise City as a Farrier. He shod many horses in Cimarron County. It was that year that he met the love of his life, Judy Kincannon. He told a friend when he saw her from a distance, “I’m going to marry that girl someday!” They married two years later on August 16, 1972, and were married 50 years. From 1972 to 1980, John worked for Cimarron County #2.

Throughout the 1970s, like many of the books he read, he rodeoed like a true cowboy, riding bulls, barebacks, and saddle broncs with his fellow cowboys Gary Walker, Rick Furnish, Rusty Tooley, Chub Tooley, and Eddie Miller. He was larger than life to his nephews and nieces when he’d come home for holidays and share his many stories of his cowboy life. His parents and siblings also knew he somehow had nine lives but worried each time he was using up his last. Each visit home to them was a gift. Somehow, he survived it all to tell the tales, and they were all thankful.

In 1980, John began training his first stable of thoroughbred race horses in La Mesa Park, Raton, New Mexico. In 1981, he moved to Waterford Park Race Track in West Virginia, and in 1987, to Fairmont Park in Collinsville, Illinois, all of these places with Judy by his side. In 1992, he moved back to Tecumseh, Oklahoma to stable for Richard A. Bell Farms at Remington Park, where he trained until he retired in 2000. During that period, he had notable success in 1996 with Vengeful Val, who won 7 races in a row, Horse of the Barn, Filly of the Meet, and the “Remington Park Oaks.” After retirement, John and Judy made Earlsboro their home, where they owned a country store and feed store for a while and then John custom baled hay and ran cattle.

Though John and Judy did not have children of their own, this made John even more the hero to all of the nephews and nieces growing up. He never skipped out on the holiday flag football games, razzed all of the boys on their college and NFL football team selections (his favorite was the Chicago Bears), and he was always down for the living room wrestling and bucking all the kids off his back or roping them with his lasso. He was the full-grown human toy they all loved and adored. As they grew older, he brought the bags full of tacos and the marathons of movies to watch. His favorite comedy they watched as a family was “The Long Shot.” His favorite at Christmas was “The Christmas Story,” which they watched together countless times. His personal favorite movies were anything John Wayne. John was loved by his wife, his siblings, the rest of his family, and his many friends from all over the country.

John is preceded in death by his parents, F.W. and Walsa Geyer. He is survived by his wife, Judy; Felix Palacios, who loyally worked by John’s side for 40 years, his wife, Maria, and their children, Enia and John Paul. He is also survived by his siblings: Don and Erma Geyer of Tecumseh, Ruth Geyer (Chlouber) and Karl Englund of Shawnee, and Patty and John Lemons of Tecumseh; Brother-in-law, Gary and Debbie Kincannon of Boise City. His nieces and nephews: Melissa and Larry Watkins of Tecumseh, Steve and Kelley Chlouber of Shawnee, Lori and Jeff McMahan of Tecumseh, Keith and Shannon Chlouber of Oklahoma City, Susan Geyer of Tecumseh, Traci and Kyle Thomas of Durant, Trevor Watkins of Prague, Michele McNaughton and Brandon Fowler of Shawnee, Josh and Kayla Watkins of Elk City, Derek and Katie Kincannon of Boise City, all of Oklahoma, and Tia and Justin Gray of Lumberton, Texas. He is also survived by numerous great nephews and nieces, and great-great nephews and nieces.

To plant a beautiful memorial tree in memory of Johnny Geyer, please visit our Tree Store. 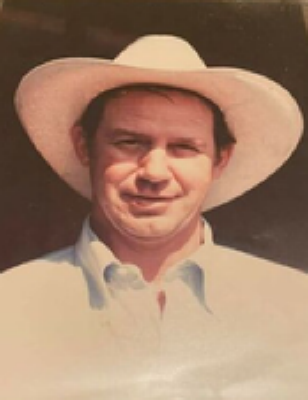