Share a memory
Obituary & Services
Tribute Wall
Read more about the life story of Bobby and share your memory.

Bobby Gene Thompson of Boise City, Oklahoma passed away on Tuesday, January 10, 2023 in Grove, Oklahoma at the age of 80.

Born on August 23, 1942 in Boise City, OK, he is preceded in death by his wife, Charlotte Irene (Fischer) Thompson, his father James Larmen Thompson and his mother Nora Lee (Risley) Thompson, as well as, his brother Billy Dean Thompson.

He is survived by his sister Sandra Lee (Thompson) Chenault, of Kennewick, WA and five children: his adopted daughter Judy Lea Broaddus of Boise City, Oklahoma and Judy’s three children Garrett, Todd, and Toni; his daughter Monica Anne Thompson of Oklahoma City, Oklahoma and Monica’s daughters Sabre, Sage, and Raven; his son Bobby Gene Thompson, Jr. of Boise City and Bobby’s three children Arista, Christopher, and Nathaniel; his daughter Erin Nicole (Nikki) Thompson Paden of Grove, Oklahoma and her husband, Matthew, and their children Greg and Ember; and his son, James Larmen Thompson II of Crestview, Florida and his wife Jessica and their two boys Lincoln and Maxwell.  He was the great grandfather to 13 and great-great grandfather to one.

Bob was onery and had a quick wit. He could talk to anyone, including sometimes the fence post especially when he was upset.

Bob and his dad owned and operated a custom harvest business for over 30 years. His favorite hands were his kids. After he quit the harvesting business, Bob turned to long haul truck driving for the next several years, team driving with his wife, Charlotte.

He enjoyed being surrounded by his family. He would go out of his way to visit, no matter how distant the relation. He reveled in winning a good card game or board game, but his family would tell you he cheated.

He was very proud of all of his children and grandchildren and always wanted them to come along wherever he was going. It didn’t matter where. Whether it was to look at the wheat fields or the mountains, there was always a chance of a candy bar and Coke at the coffee shop. In fact, he always said, “You want a Coke?”, and you never knew where you’d end up.

Friends and family may sign the guest book or leave a condolence. 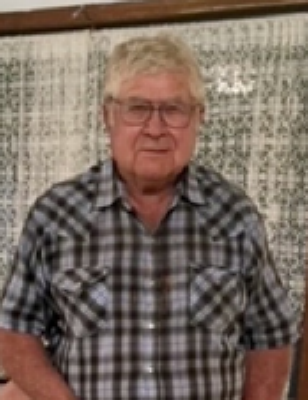